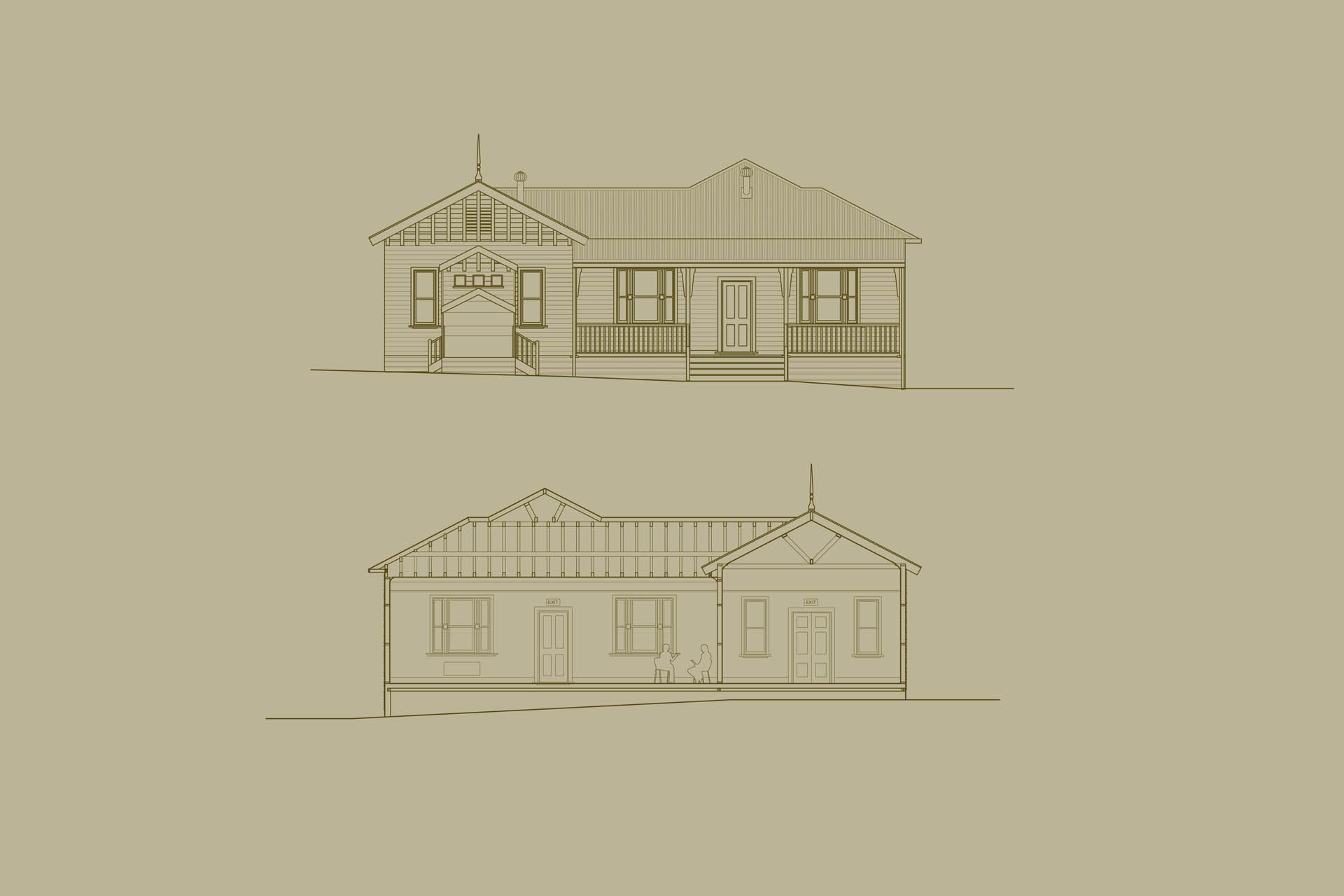 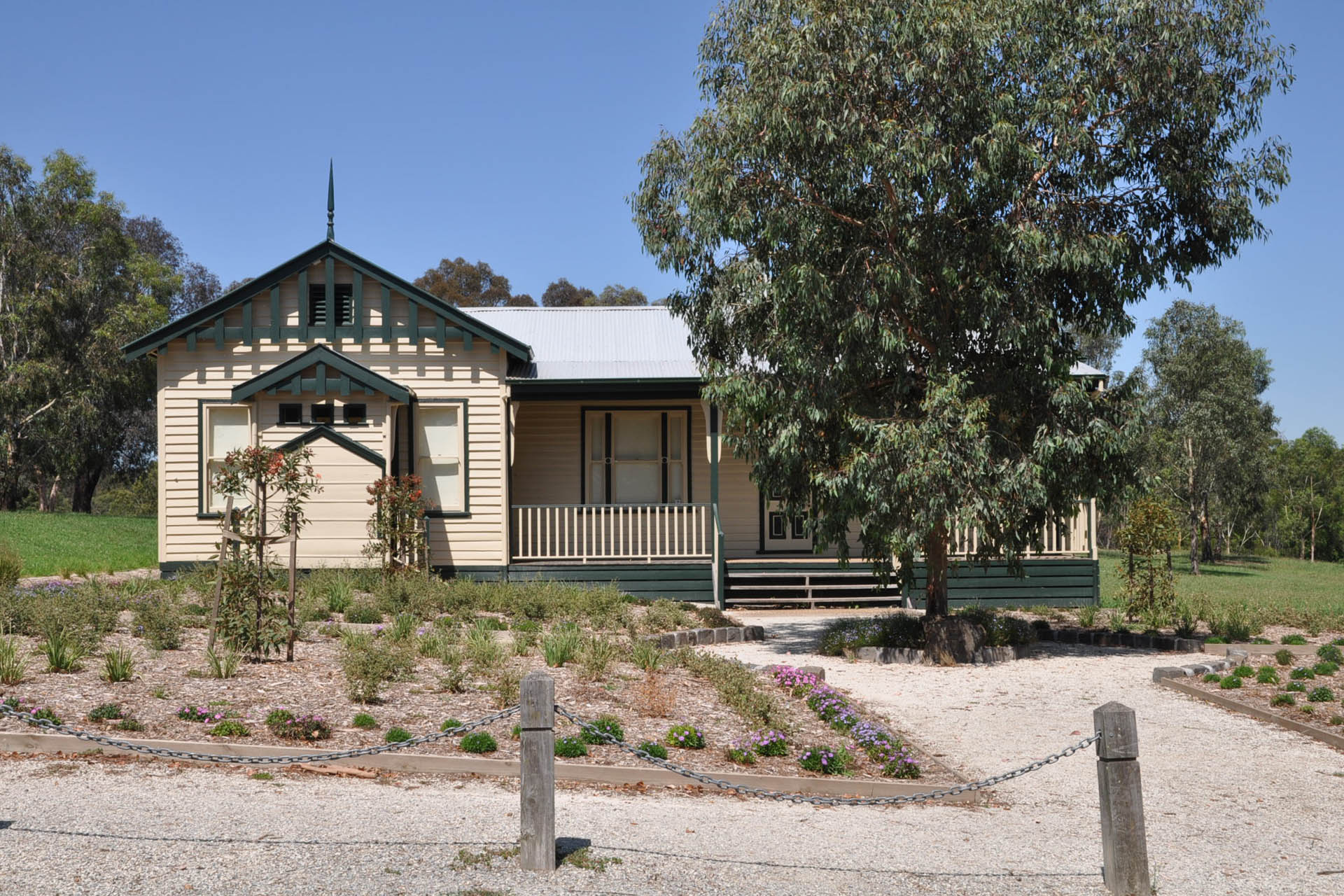 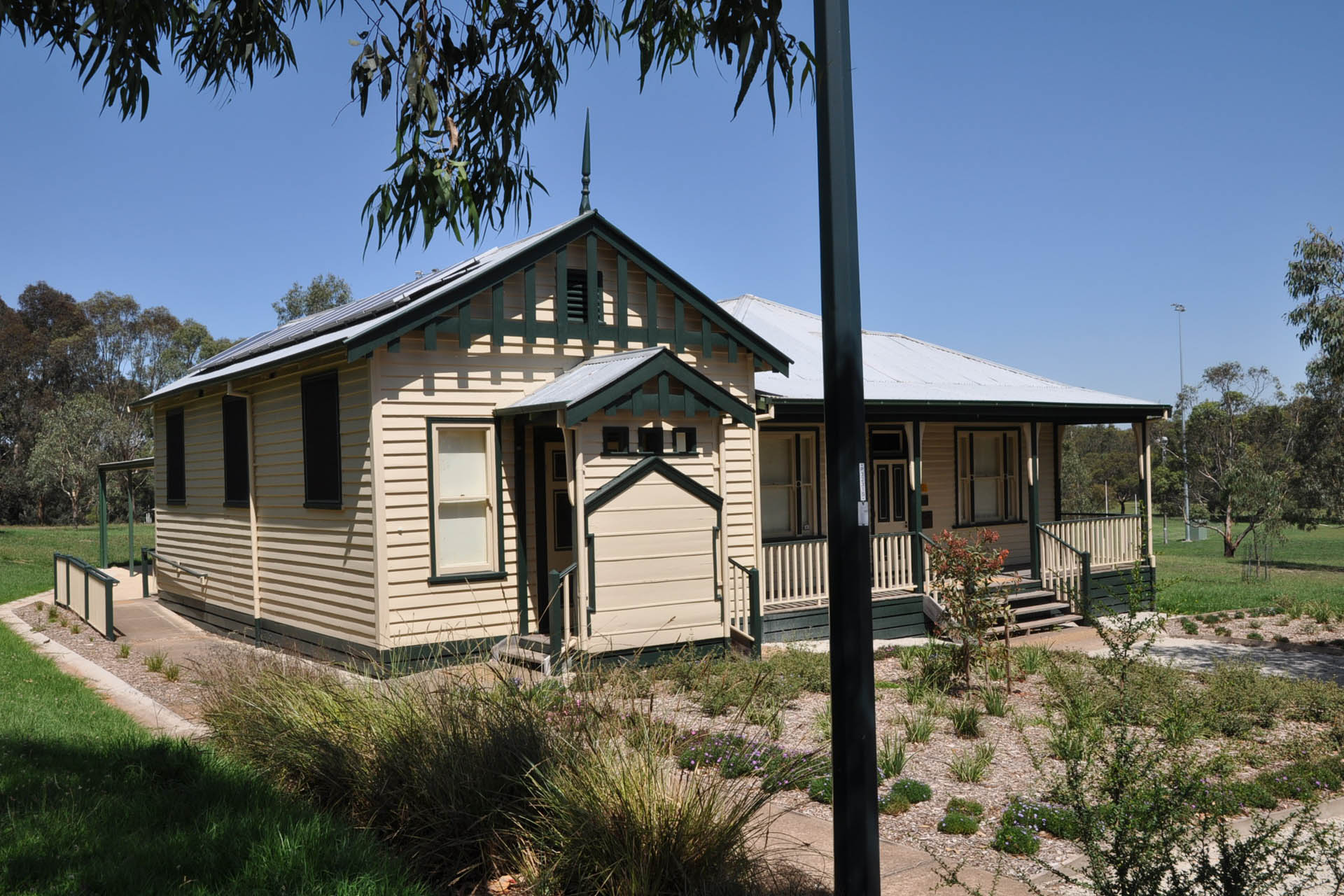 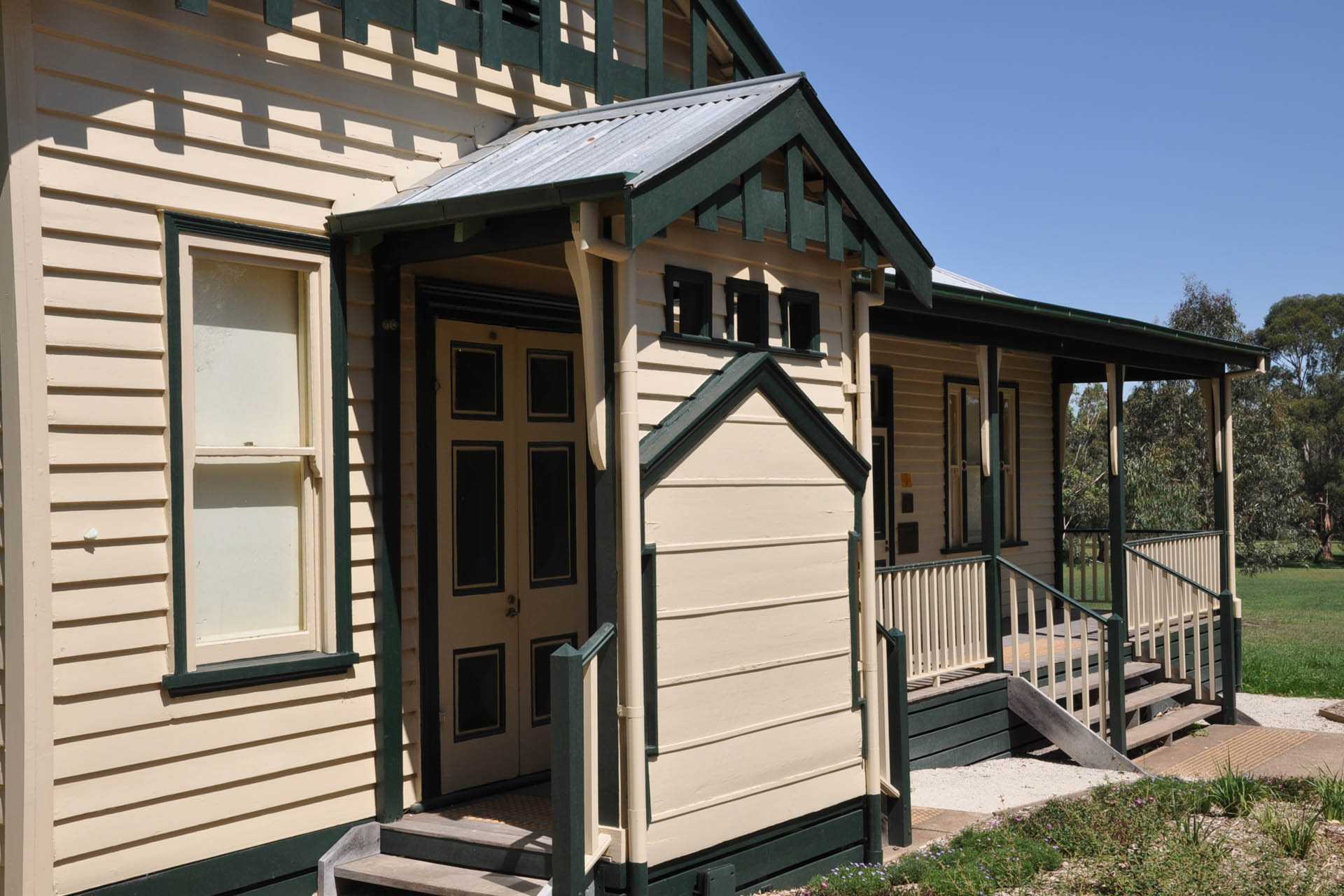 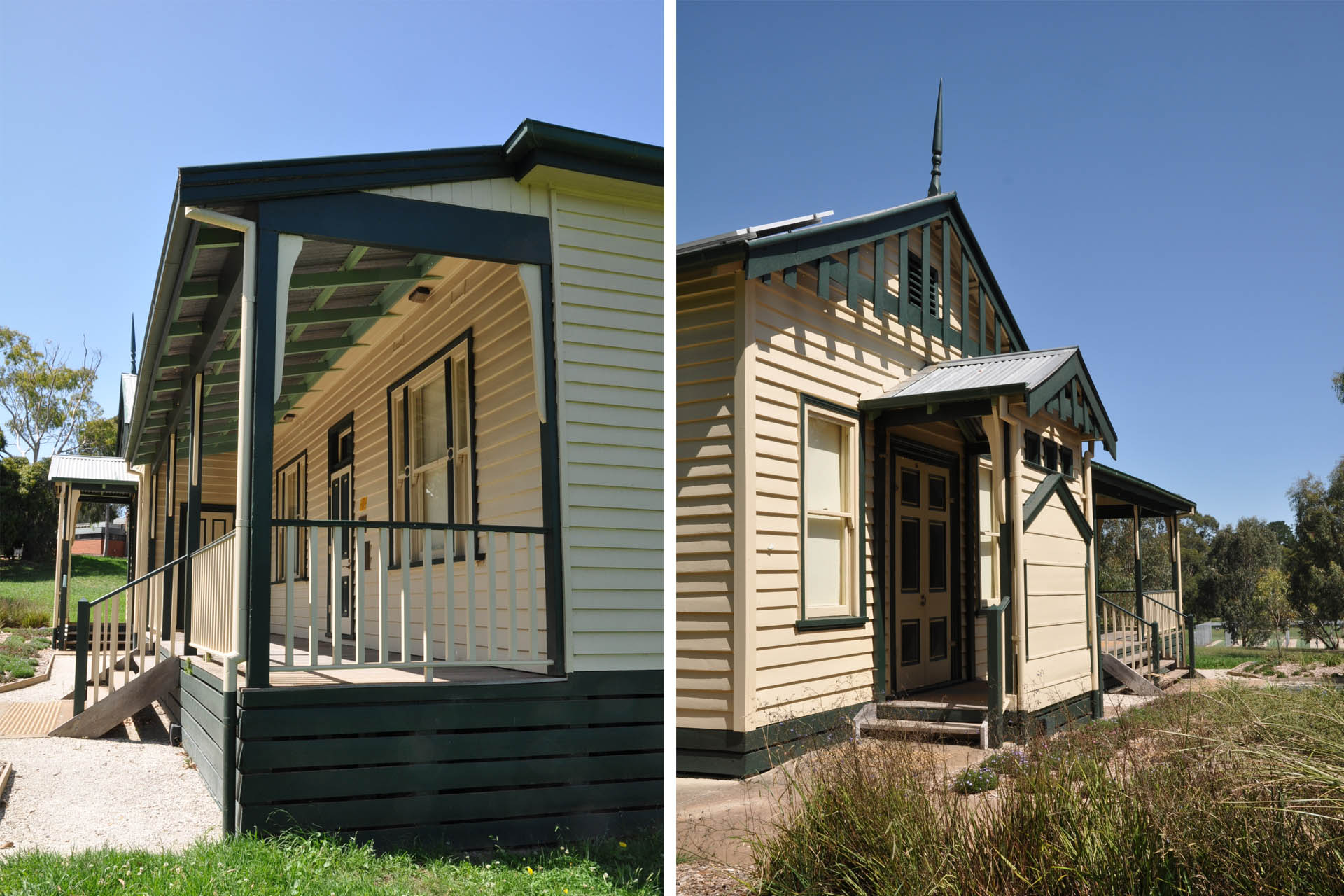 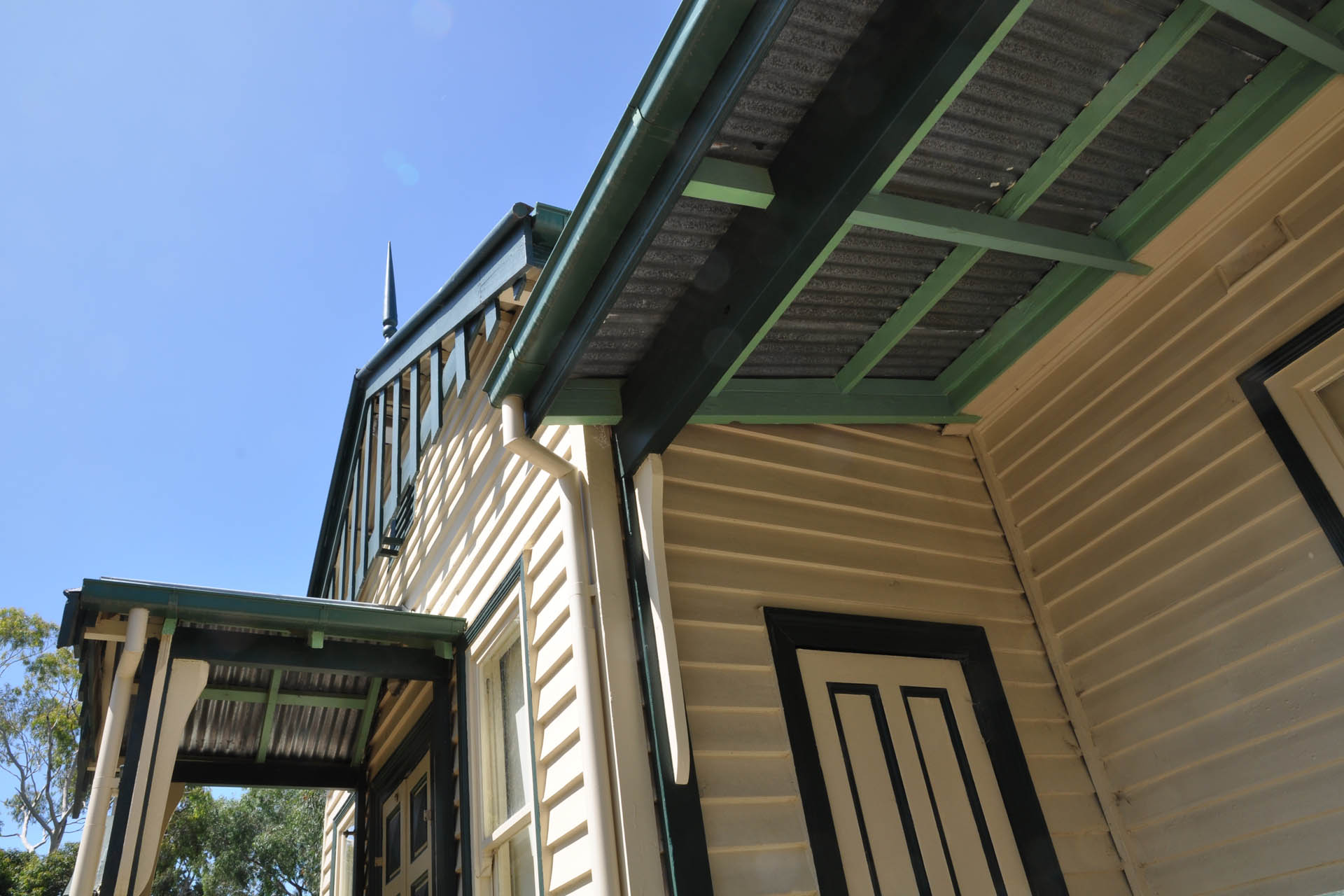 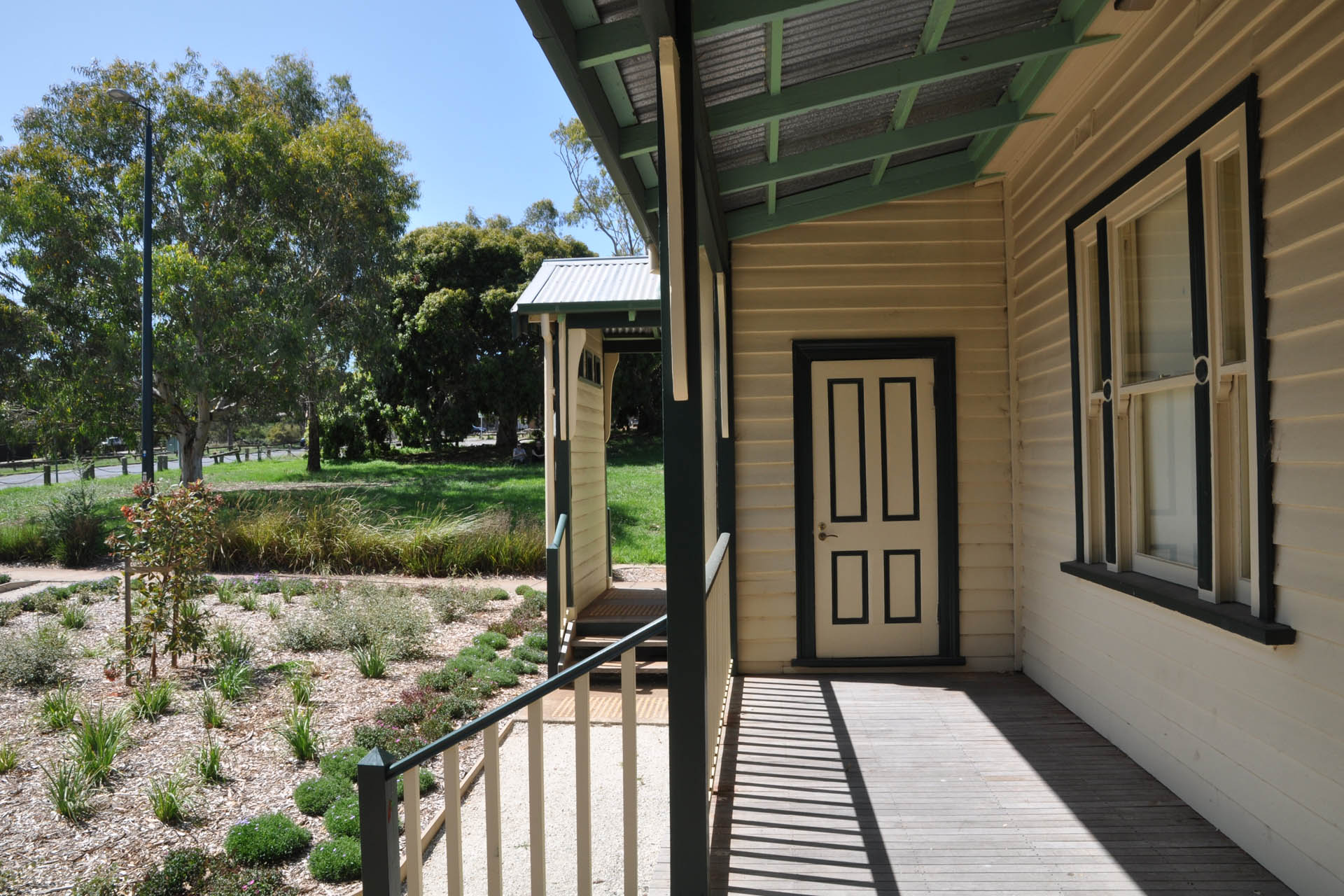 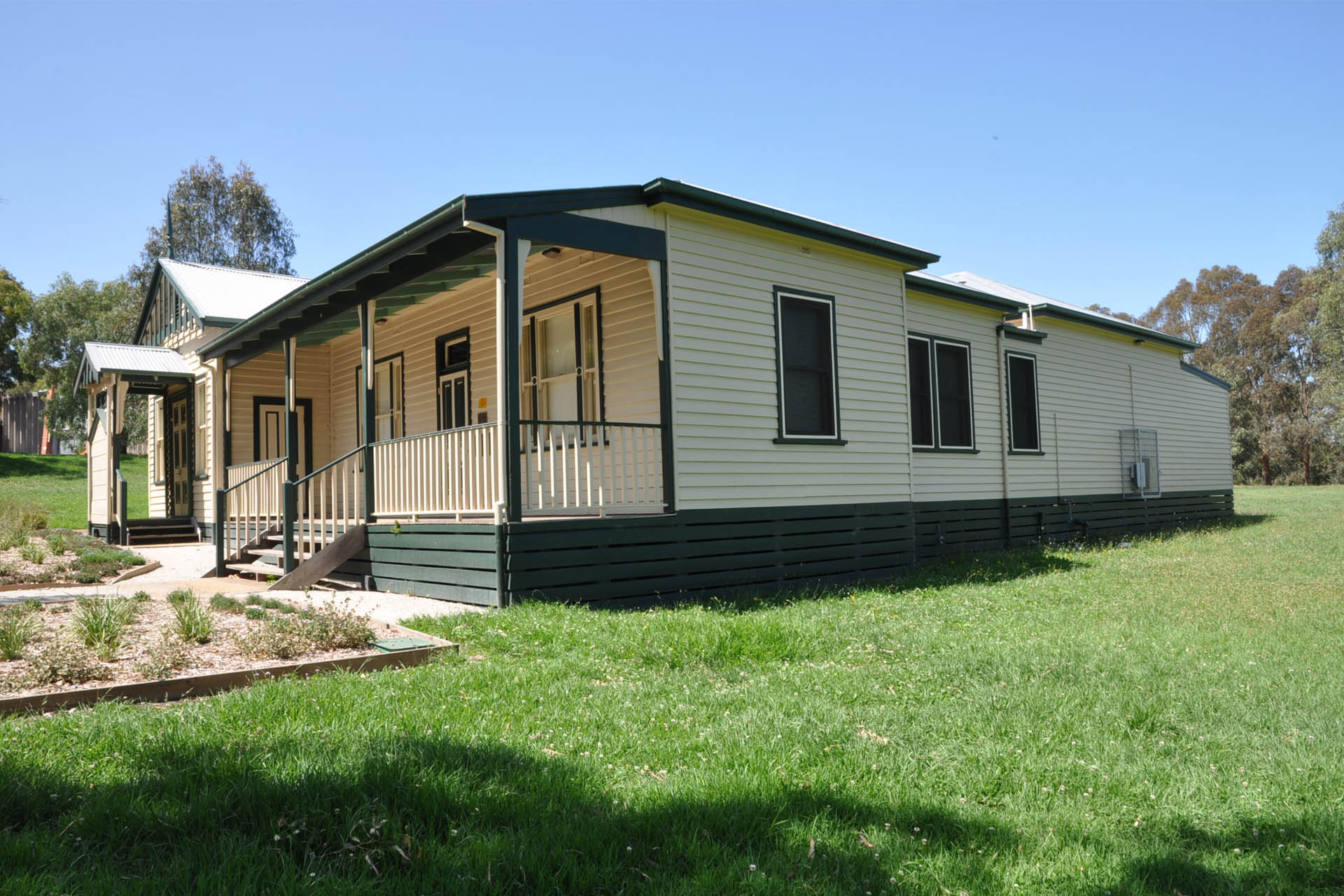 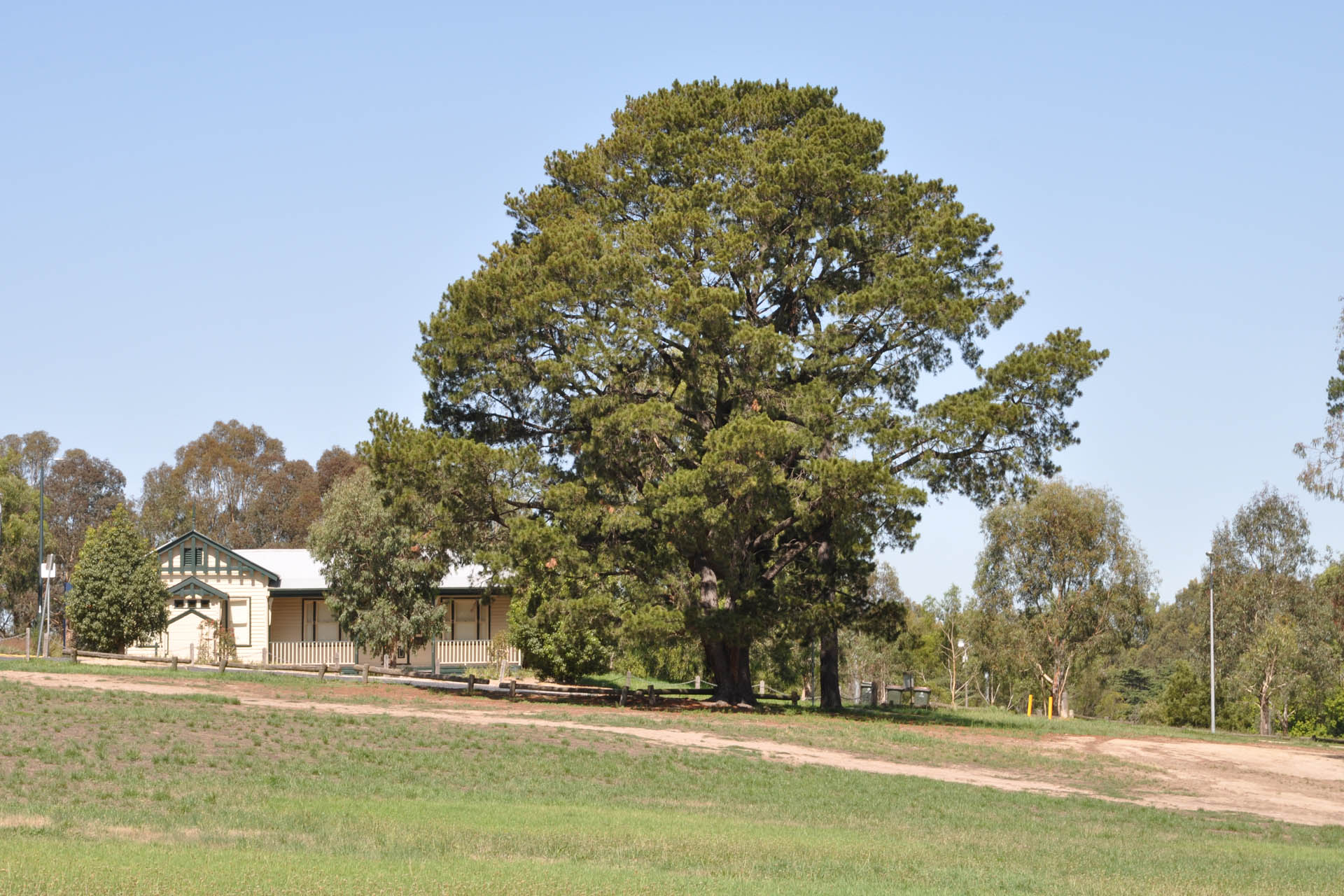 The weatherboard clad and corrugated iron roofed gable form of the 1859 Heidelberg Court House was extended in 1889 to house the Heidelberg Shire Offices and in 1909 a porch and verandah were added with design input from the renown Arts & Crafts architect Harold Desbrowe-Annear.  In 2004 when a major redevelopment of the Austin Repatriation Hospital required the site, the Old Shire Offices were relocated to the Waringal Parklands and extended to serve as a new community centre.  The building was cut into three with extensive bracing installed to facilitate the 5 km passage. The extension to the rear was designed to be subordinate to the heritage structure and sympathetic in form and materials.  Open and enlarged meeting spaces were formed and supplemented by contemporary kitchen and toilet facilities.  A garden empathetic to early nineteenth century landscape design serves as a forecourt.