Atelier Wagner is an award winning, design based architectural studio with a philosophy founded upon creating innovative and exciting spaces which positively contribute to the environment. A close working relationship with both clients and builders and a disciplined approach to budget, functional programme and sustainability underpins the practice’s strategy to achieve high quality and responsive spatial environments.

Atelier Wagner was founded by David Wagner and Jacqueline Wagner in 1998 after having worked in leading offices in London, Canberra and Melbourne. The practice was set up with the intention of developing a studio which could critically analyse client’s programmes, reveal site specific opportunities and engage with leading edge technology to create forms and spaces that exceed expectations and which inspire activity within and around them. The studio has a conscious focus on generating environmentally sensitive buildings which minimise energy consumption and waste as well as specific interests in researching and engaging with material technology and the refinement of architectonic detail.

Atelier Wagner have been featured in a number of exhibitions and won several awards including the 2011 AIA Heritage Award and 2012 ATDA Residential Best Renovation.

Atelier Wagner is an A+ member practice of the Australian Institute of Architects, registered with the Architects Registration Board Victoria, Heritage Victoria and the Victorian Government’s Construction Supplier Register. 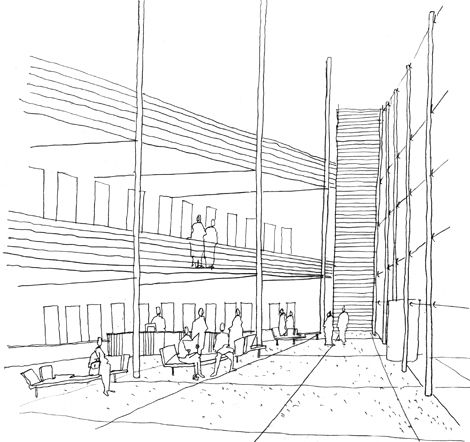